197 shares
Disclosure: *This post may include amazon links. As an Amazon Associate, I earn from qualifying purchases.
Jump to Recipe Print Recipe

This Pumpkin Chiffon Pie recipe is the silky, creamy no-bake version of a traditional pumpkin pie, made with real pumpkin and pudding in a graham cracker crust. There are plenty of things that need to compete for time in the oven during the holidays. No need to take up space with your pumpkin pie. This pumpkin chiffon pie will quickly become the new favorite version of pumpkin pie.

This has slowly been replacing traditional pumpkin pie at our family Thanksgiving celebrations. The ingredient list alone is a dead giveaway why all the kids would prefer this version. Add some whipped cream to the top and there is no choosing any other pumpkin pie.

You know you are already thinking, do I have pudding? Whipped topping? Seriously, you want to make this pumpkin chiffon pie. I know you do. Well here is how you make it.

What do you put in a no-bake pumpkin pie?

Now, don't get too worried about putting together a pumpkin chiffon pie, even if chiffon eludes a fancy feeling. This is so easy. You could probably do it without a mixer, but who wants to work that hard!

The ingredients are so simple for this creamy no-bake pumpkin pie recipe. 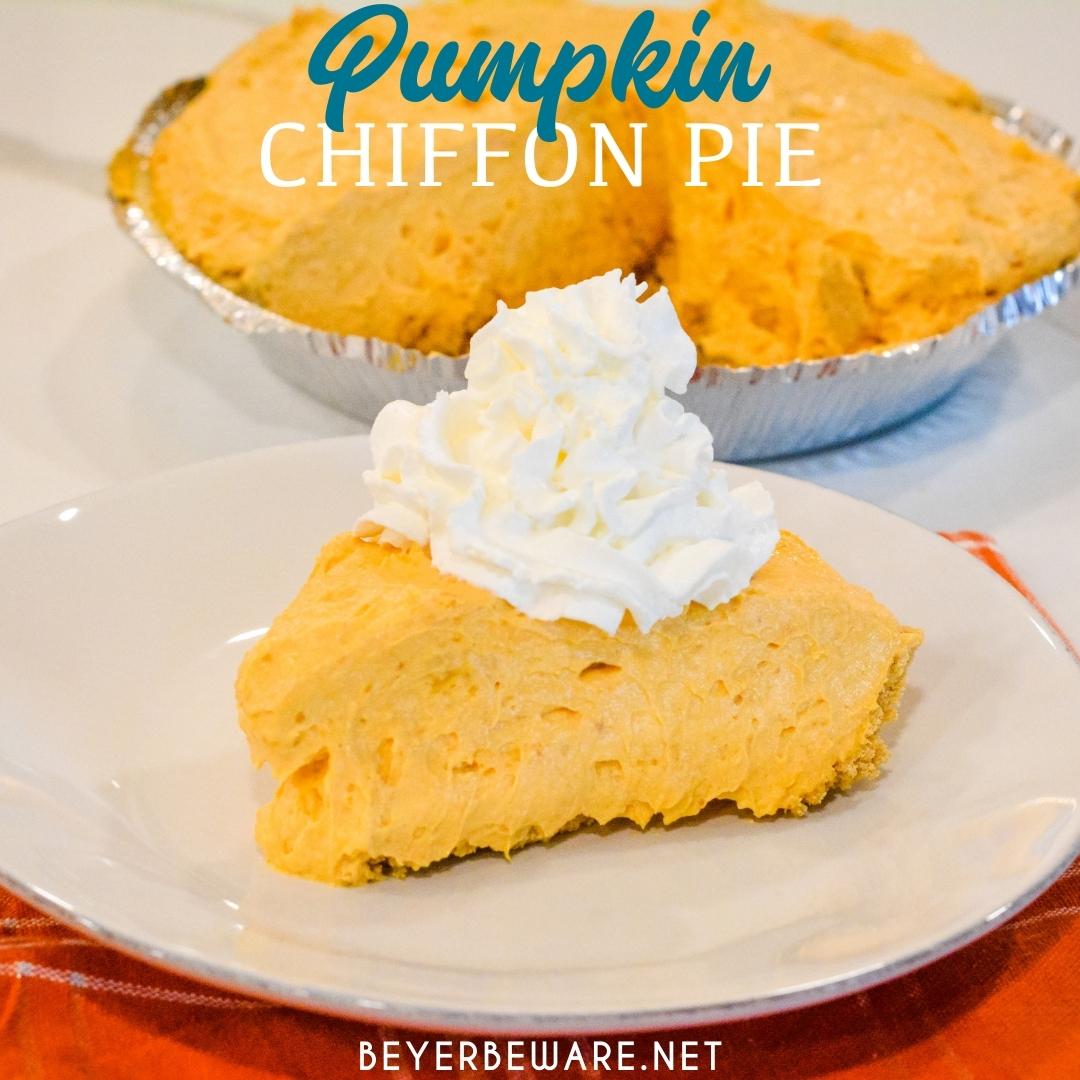 How to Make a No-Bake Pumpkin Pie - Chiffon Style

Start by mixing one cup of milk with two small boxes of vanilla or french vanilla pudding. Once combined, add a can of pumpkin. Add pumpkin pie spice too. Mix to incorporate into the pudding.

Fold in the whipped topping. The whole container. Don't hold back. Fold it in. And when it is a smooth, luscious, silky pumpkin filling, pour it into a graham cracker crust pie shell. Or a ginger snap cookie pie crust. But Kroger doesn't sell those pre-made so I used graham cracker. Then smooth it all out so the pumpkin chiffon pie is so pretty.

Then refrigerate the chiffon pumpkin pie. The pudding has to be set up you know. You can go ahead and lick the bowl. And the spatula. The beaters are fair game too. After all, there aren't any eggs in this pie. So go ahead and go get your nails done. Or watch a Hallmark movie while you no-bake your pumpkin pie. Because you are going to be the hit of the feast with this pumpkin chiffon pie.

Can this no-bake pumpkin pie be frozen?

YES! It will freeze much like an ice cream pie would be. Serve frozen for a great frozen pumpkin pie experience.

What if I use REAL whipping cream instead of cool whip?

Real whipping cream will work to make this pie. However, it may bread down or lose some of it's fluffiness if it is over mixed into the pumpkin mixture.

Pumpkin Crunch
This pumpkin crunch, aka pumpkin dump cake, is an easy recipe that takes 5 minutes to make. Every pumpkin lover will beg you for the recipe.
Check out this recipe 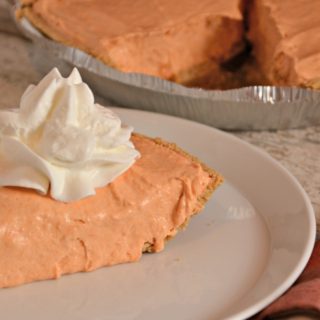