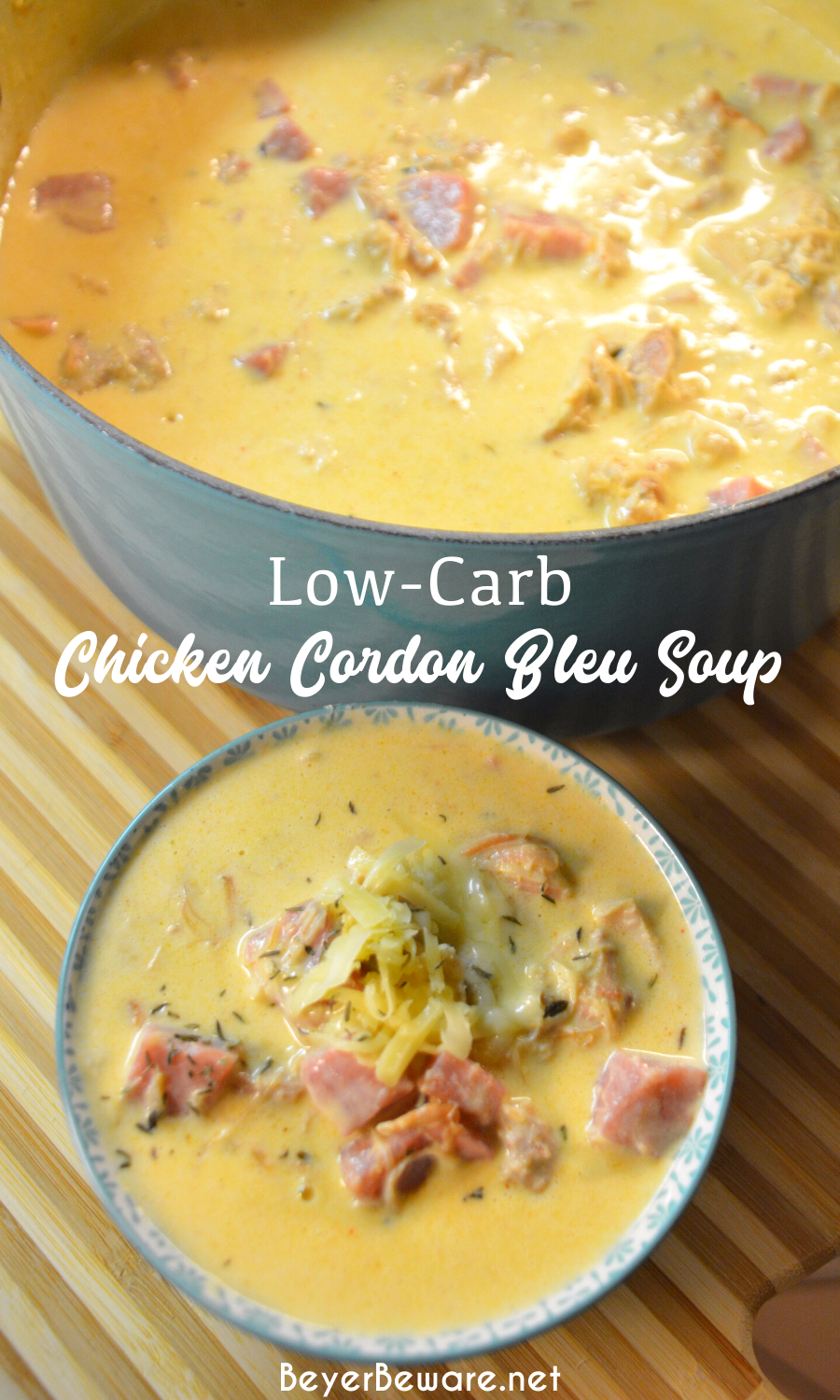 Like a few of my other low-carb recipes, this one is loved by even the people, not on low-carb diets. They won’t even notice the lack of pasta or potatoes. Low-carb chicken cordon bleu soup is hearty with the chicken and ham and easy to make for dinner.

The soup has some simple ingredients just like my low-carb chicken cordon bleu casserole. The basics of the recipe are chicken, ham, cream cheese, swiss cheese, and heavy whipping cream. 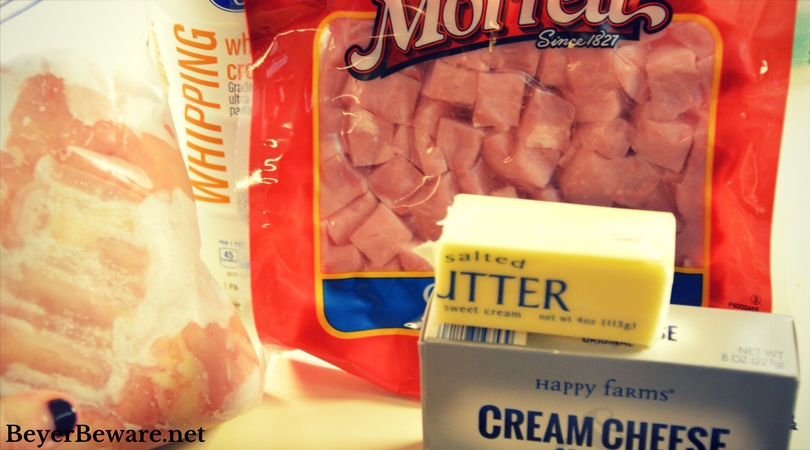 I didn’t have leftover chicken, but this recipe would be conducive to using leftover chicken. Instead, I cooked my frozen chicken in the instant pot while I prepared the base of the soup. I threw together some basic seasonings for the chicken. You could use lemon-pepper or basic chicken seasoning. I used a rotisserie chicken seasoning for mine. Once it is cooked, remove from the Instant Pot and chop up or shred. 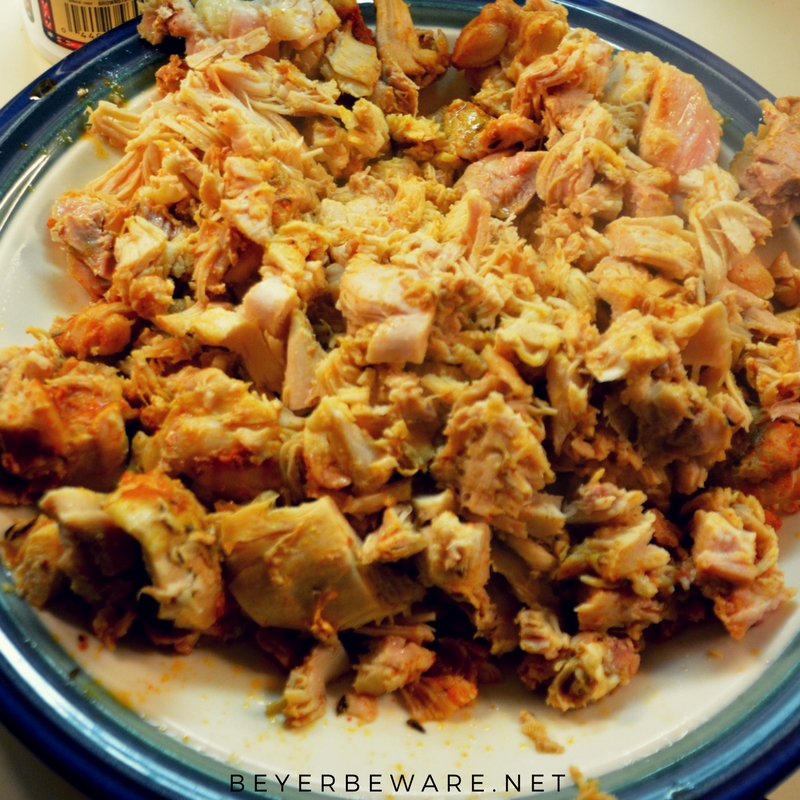 To start the chicken cordon bleu soup, start by melting butter in the bottom of a dutch oven or large pot. Then follow with the cream cheese and heavy cream. Melt both down and add the diced ham. I buy pre-diced ham but again, feel free to use some leftover ham if you have it available. Stir to combine and add chicken broth. I added three to four cups of broth but started with three. You can use your judgment on how much broth you want based on how runny you want the soup to be.

Stir in the chicken. I let simmer on a very low heat for 10 minutes stirring occasionally. I then added the shredded swiss cheese. Continuously stir to melt the shredded cheese down. 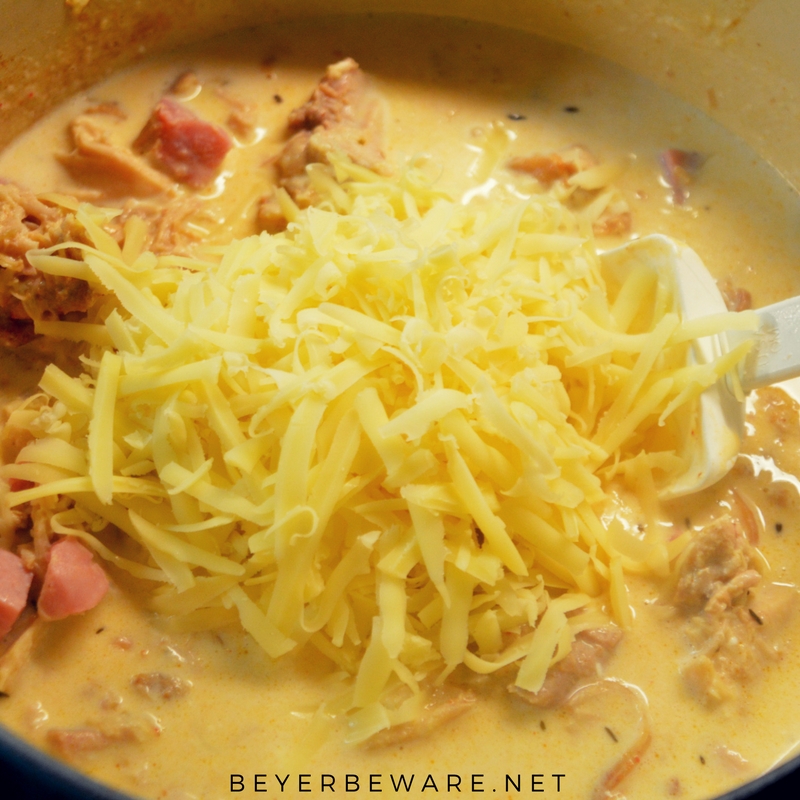 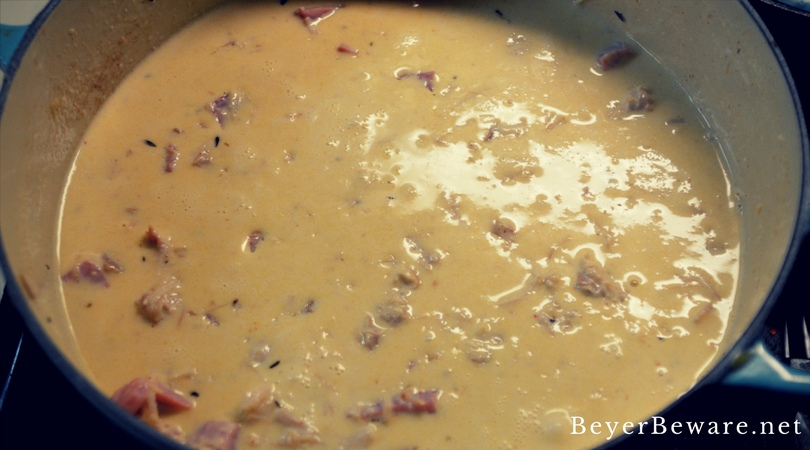 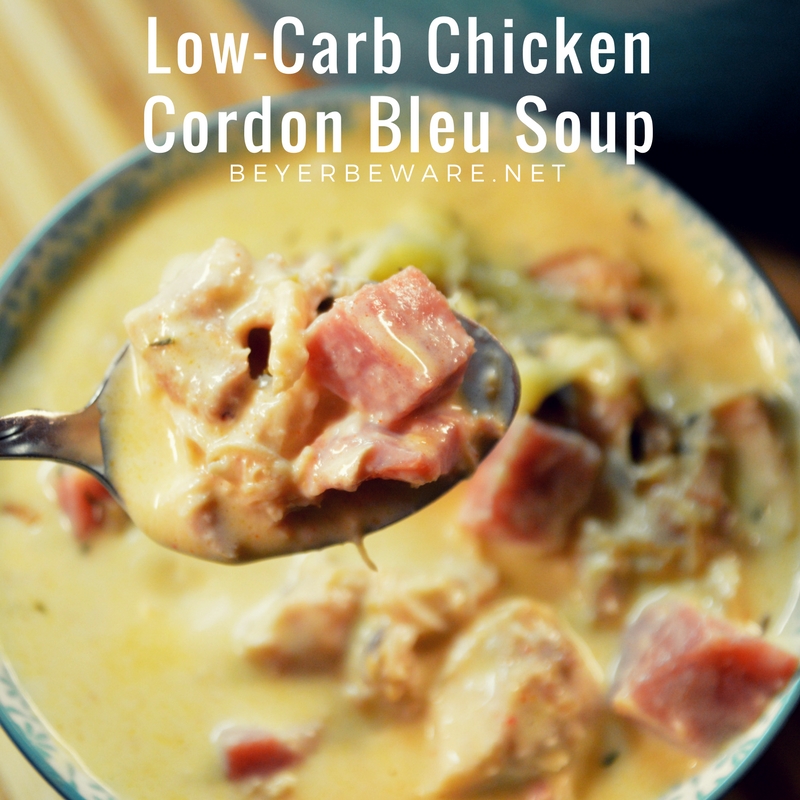 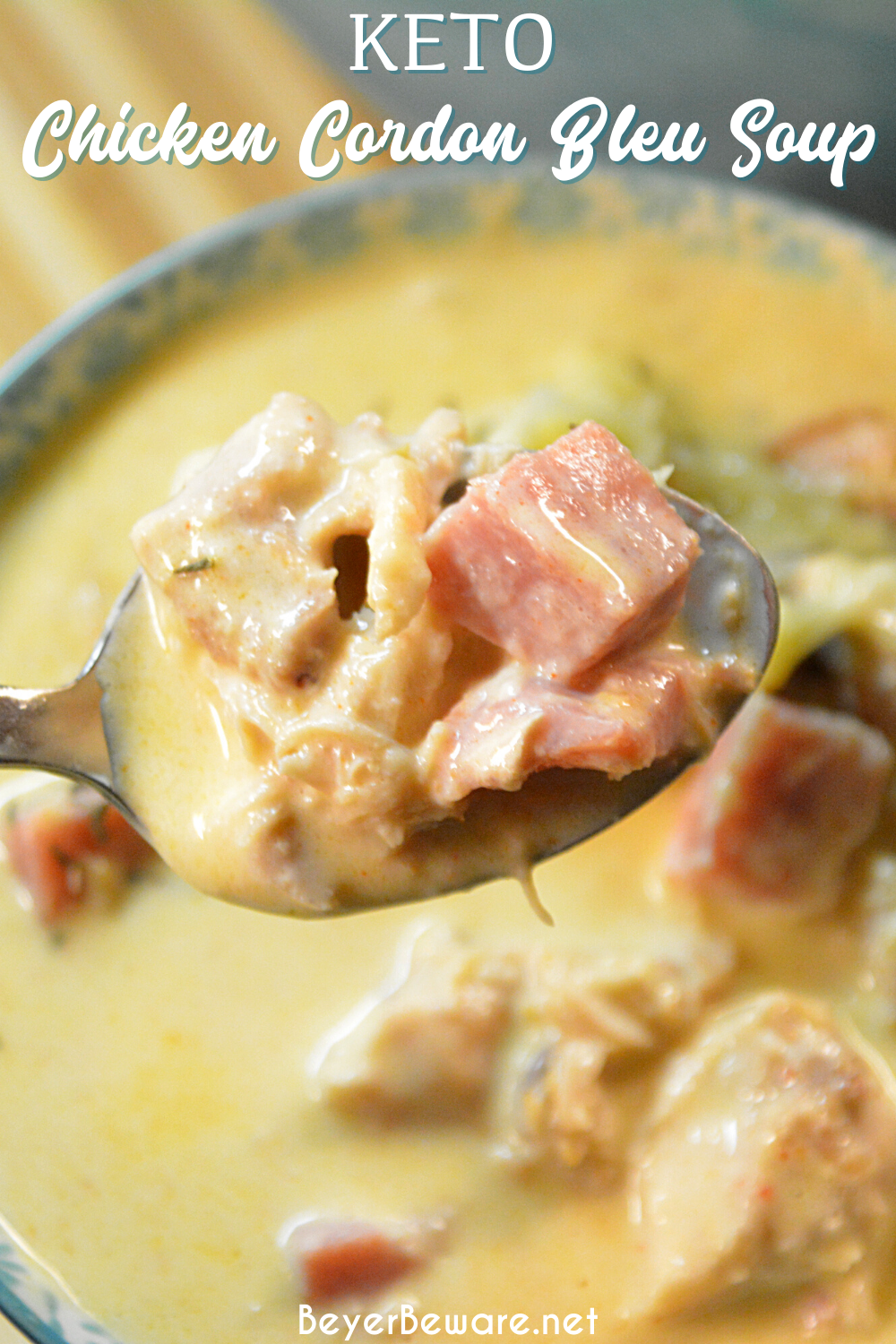 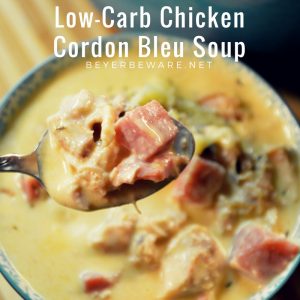 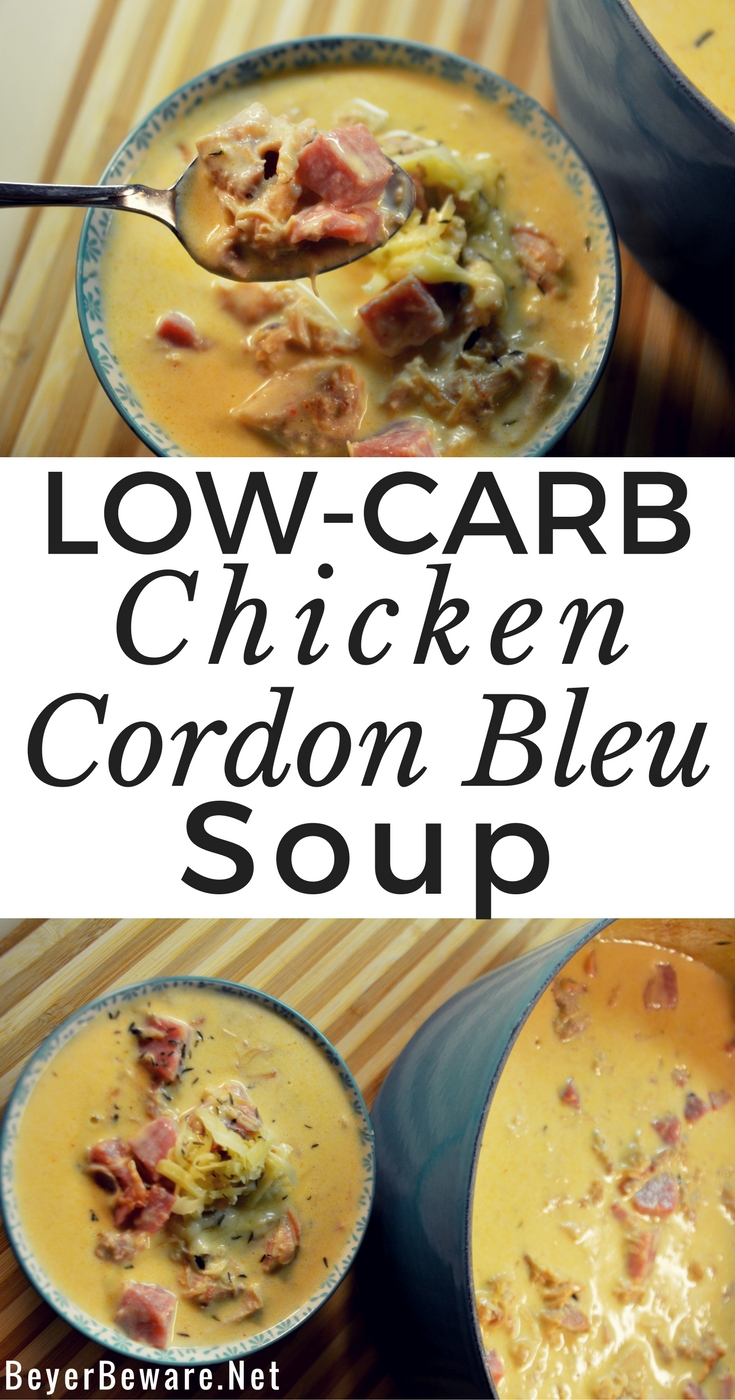