Not cheetos. Not twinkies. Not microwavable meals. But unprocessed, raw grains, vegetables, fruits, animals and much, much more. I know this sounds pretty common sense, but I have had more than one conversation chastising "big farmers" or "corn farmers" or "factory farmers" for being the problem. The problem when we want to blame someone for the obesity epidemic or increased allergies or other issue we seem to be experiencing here in America. 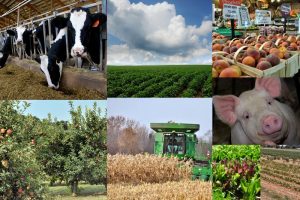 But, the farmers, they just want to raise food. Sure they are making money. They have bills and kids and vacations they would like to go on too. But, trust me, they aren't farming for the money. They are farming for the lifestyle. The culture. The future generations. 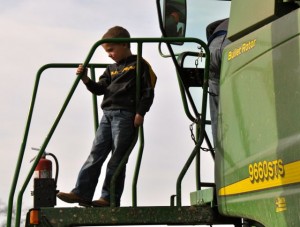 Many farmers have adopted the use of genetically modified organisms for many of their crops. Whether it is a tomato or a soybean, scientists have been able to speed up what nature takes decades to do. Through science, we know can take genetic traits we want in one plant and insert them in another. Our forefathers would have done this through traditional plant breeding and would have to trust mother nature for the right combination of genetics to yield the desired plant. If not, it was do over the next year. It is sort of like two people, one with brown eyes and one with blue eyes, wanting to have blue eyed children. It may or may not happen.

The ability to do this has allowed farmers to use less pesticides. If they can create a plant that is resistant to one weed killer, that weed killer can be applied at an effective rate to kill the weeds. The same plant can also contain a gene that produces a protein that stops insects from eating it till it dies. These save the plant, decrease the use of fuel to either spray multiple times or even try to use equipment between the rows to try to mechanically remove the weeds, and decrease the amount of chemicals used to kill bugs or weeds. 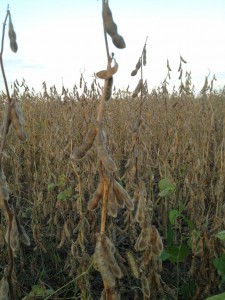 And the result. Abundance. Yep. So, much corn, beans, tomatoes, lettuce, wheat, grapes, apples, peaches, apples, and on and on and on that companies were able to find ways to use the low priced food to create more convenient food products that we all asked for from them. 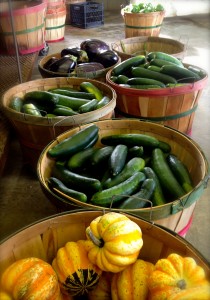 Corn is now in virtually every thing as it is a great thickener, sweetener, alcohol. Of course it is broken down and stripped apart for all of the main uses. But it was cheap. It helped food companies keep their costs done so we could all enjoy the cheap, convenient food. Cheap pop. Cheap twinkies. Cheap bread. Cheap cookies. Cheap salad dressing. Cheap cereal. Cheap gas. Cheap. Cheap. Cheap. 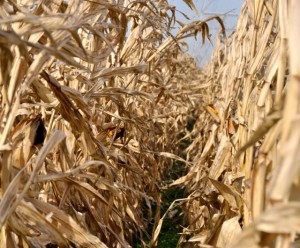 And the farmers...well they couldn't grow the corn fast enough for everyone who wanted some of it. They just kept growing more and more and more corn. Whole corn. Unprocessed. Unadulterated corn. So much corn this past year, that even with the drought, the United States is on par to grow the eighth largest crop in history. That's right. 8th Largest. Ever.

While testing on the safety of the GMO foods has been questioned, one thing remains true. No food equals hungry people. And we farmers, we just want to feed hungry people.

Want to learn more about where food comes from? Be sure to check out 30 Days on the Prairie Farm Series.