22 shares
Disclosure: *This post may include amazon links. As an Amazon Associate, I earn from qualifying purchases.
Jump to Recipe Print Recipe

Indoor Make-ahead S'mores is an easy recipe for making actual s'mores with graham crackers, marshmallows, and chocolate in mass quantity in the oven. This recipe for s'mores dipped in chocolate can be made up in large quantities prior to any event for an easy-to-distribute and eat dessert is needed. I have hit the jackpot with these indoor make ahead s'mores. Jack. Pot. 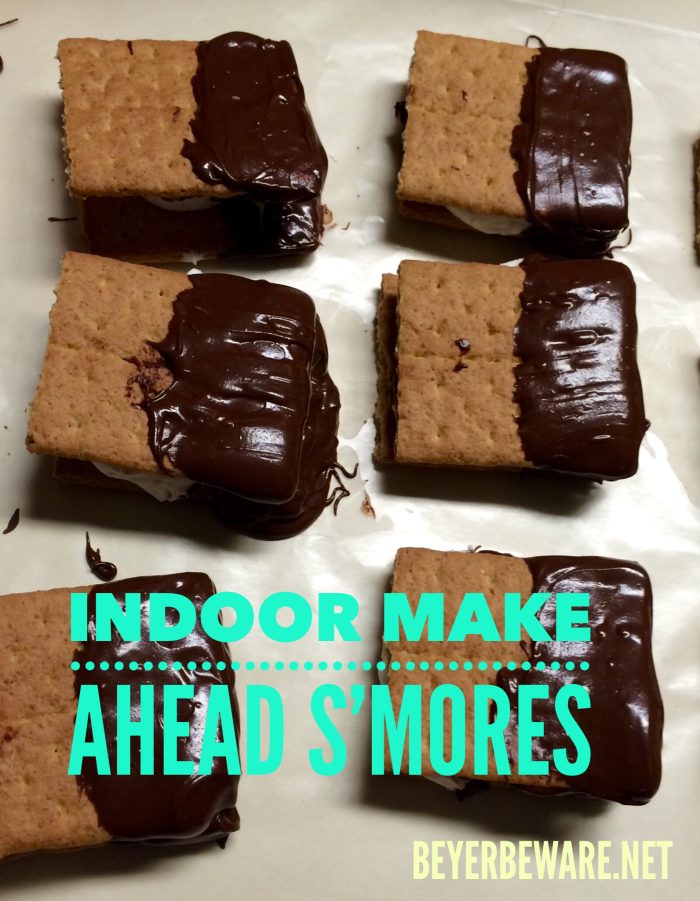 The best thing about campfires is hands down the S'mores. Sure the hot dogs burned crisp is also good, but let's just be honest, it is the s'mores. So, whenever there is an outdoors-themed party we all want s'mores. I have even have made S'mores bars. When I got the bright idea to make indoor s'mores for 100 teenagers for a big youth event, I was worried I was going to die of smoke inhalation from standing around a campfire roasting marshmallows. And then it occurred to me... broiler equals campfire toastiness. And it worked.

How to Make Indoor S'Mores ahead of Time

I laid 30 graham cracker halves, the squares, on one cookie sheet and topped with one marshmallow a piece. Then I laid 30 halves on another cookie sheet. I used about 10 chocolate chips but mini chocolate bars would work perfectly too. While doing this I warmed the oven to 250 degrees.

Then place the marshmallows on the top rack and chocolate chips on the bottom rack. Flip the oven from bake to broil. I broiled on low. This allowed more control on the browning of the marshmallows. I had to slowly move the rack across the oven below the broiler to evenly brown all the marshmallows. 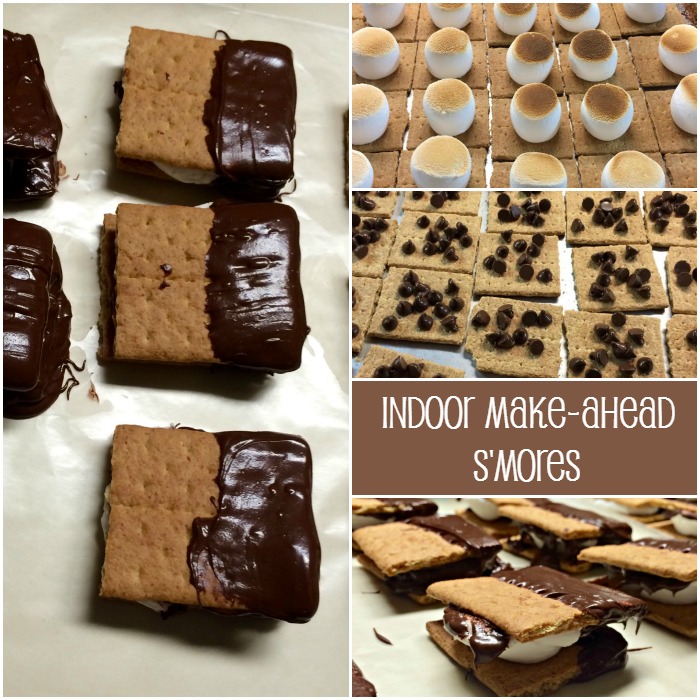 Once removed from the oven, take the chocolate half and press down on the marshmallow half. Then let cool. You could be done at this point with the indoor s'mores. It is after all, what we would do around a campfire. 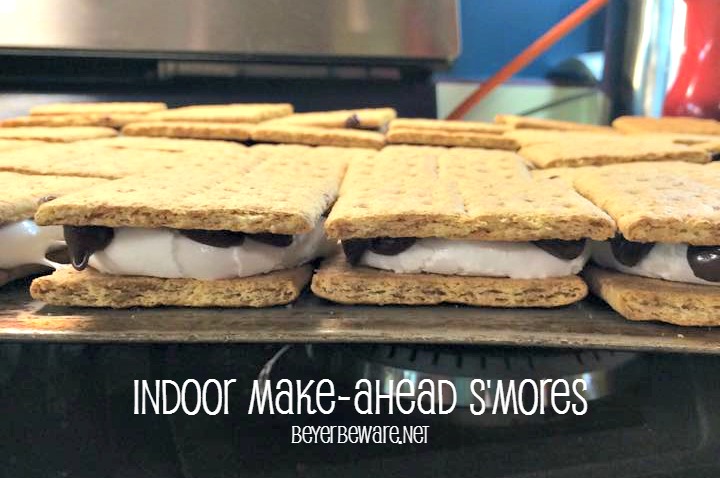 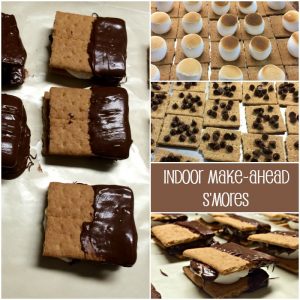 Go get other great recipes at the Weekend Potluck.