663 shares
Disclosure: *This post may include amazon links. As an Amazon Associate, I earn from qualifying purchases.
Jump to Recipe Print Recipe

Crock Pot Cinnamon Roll Monkey Bread combines two tubes of refrigerator cinnamon rolls with caramel sauce that becomes a gooey cinnamon pull-apart bread that is drowned in icing to finish it off. The monkey bread is dripping with cinnamon caramel sauce and white icing. Breakfast should be a sin to be this good. 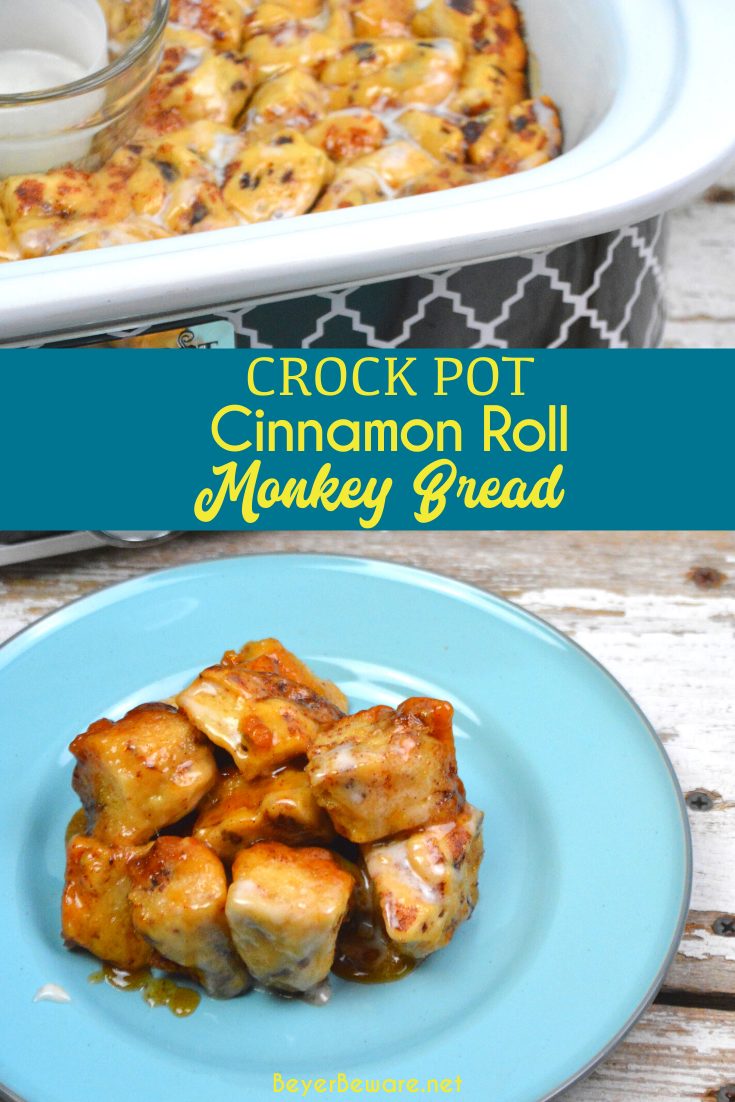 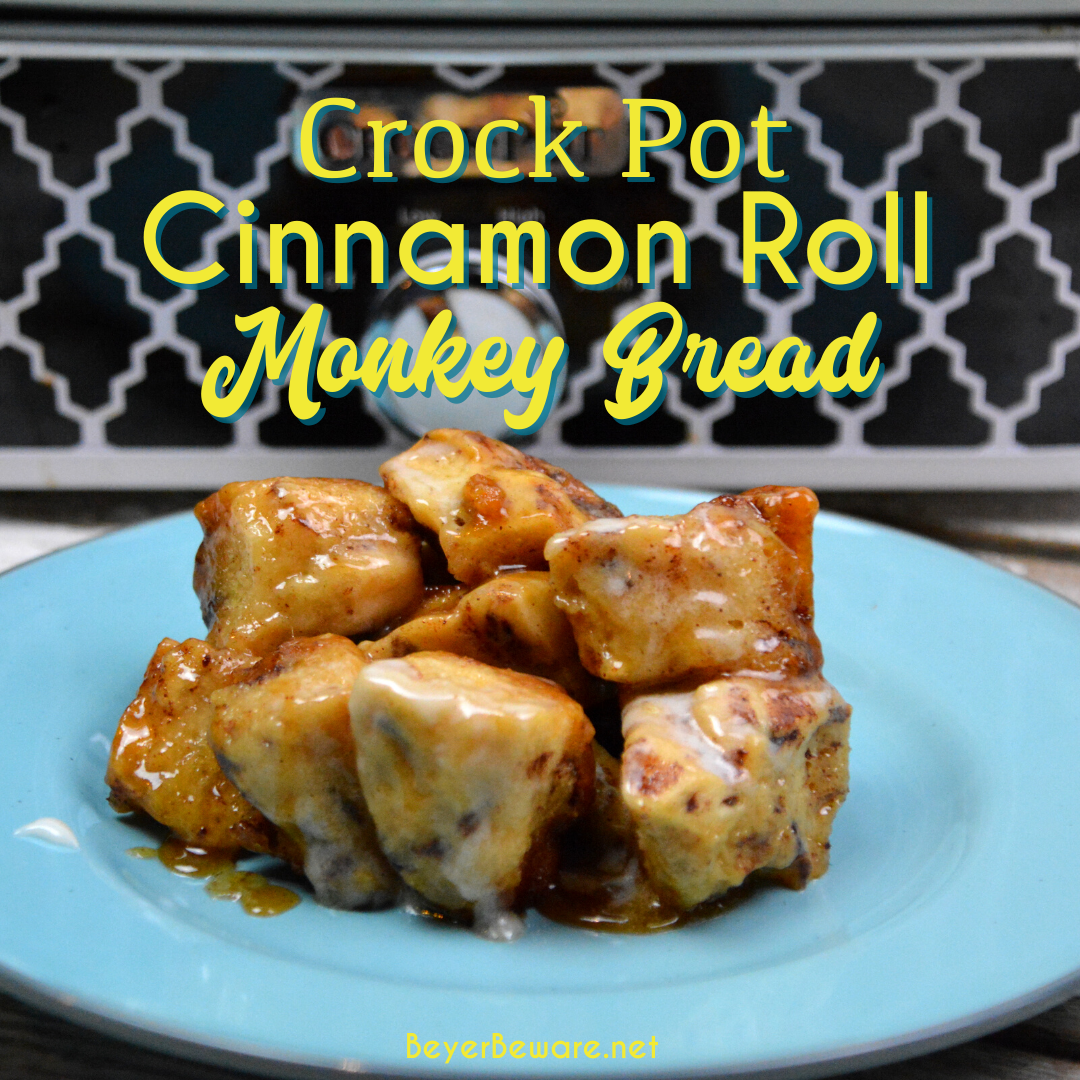 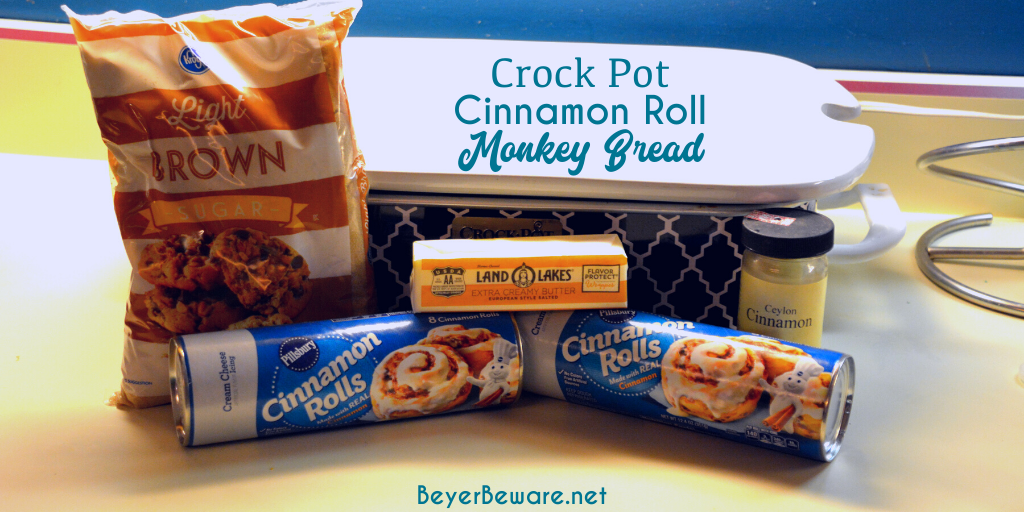 Begin by making the caramel sauce. In a saucepan or medium skillet combine butter, brown sugar, a little water, and salt, and bring to a good boil. When it is done pour half of the sauce into the greased casserole crock pot. 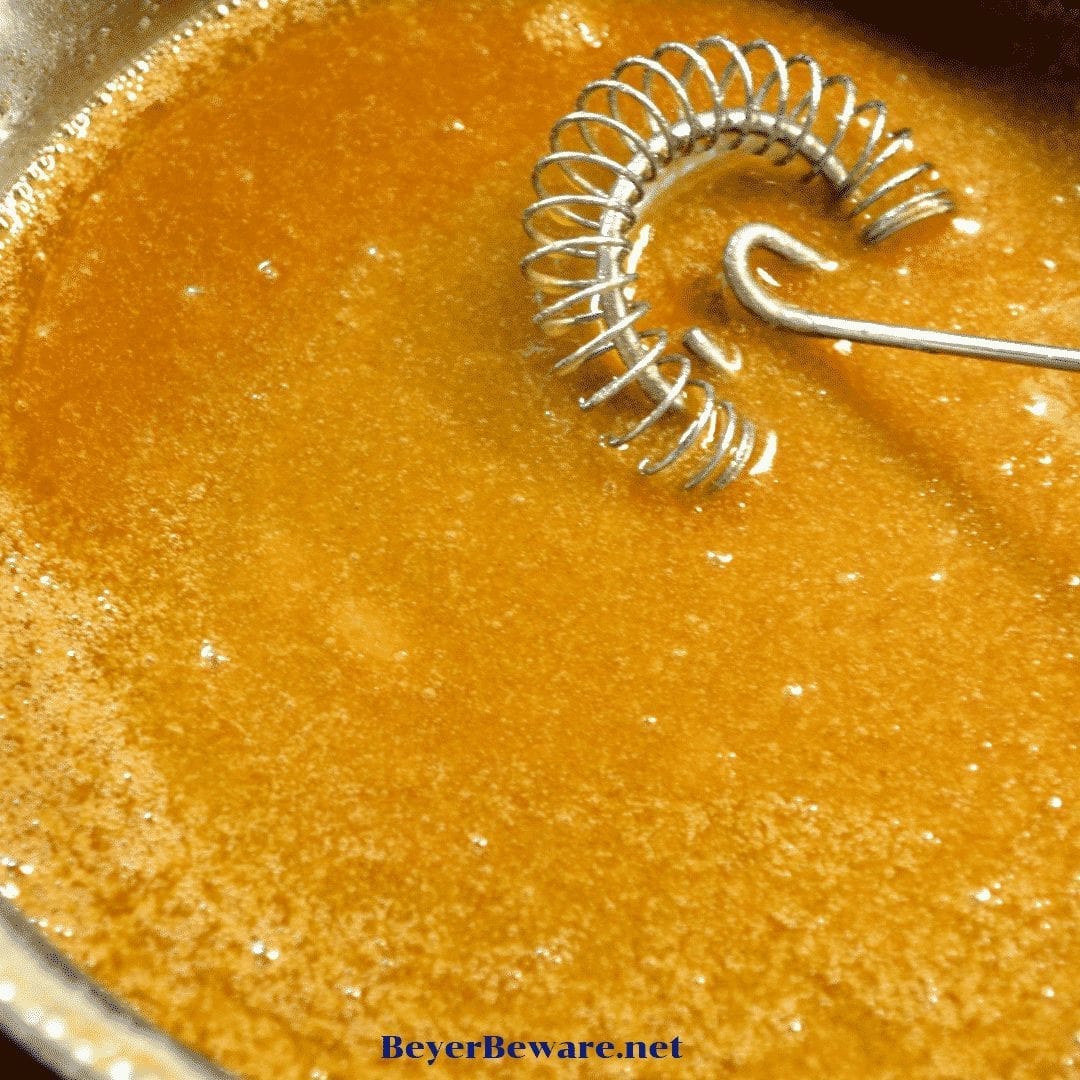 I put a small bowl in the middle of the casserole crock pot and put the icing container in it as well. 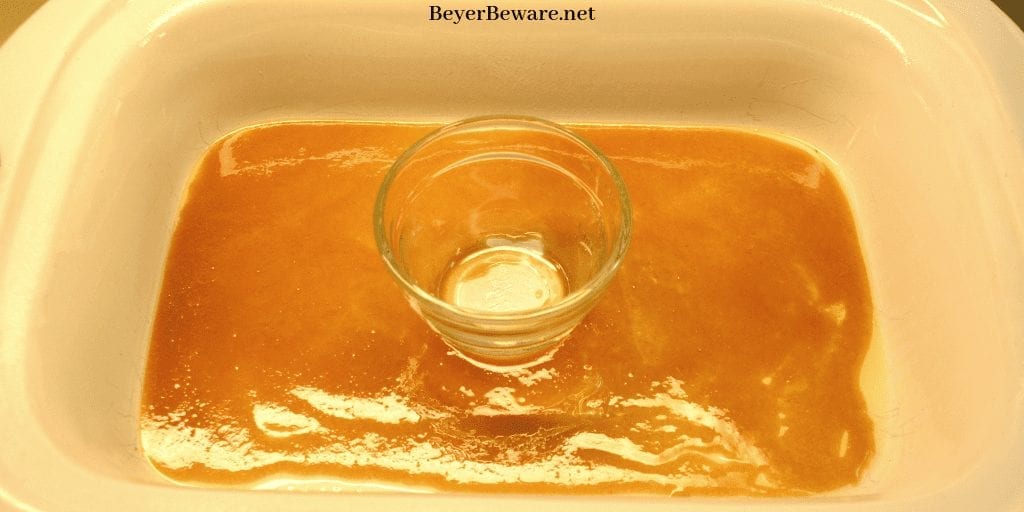 Next, quarter two cans of refrigerator cinnamon rolls. I just run a knife through a stack of them to quarter them. 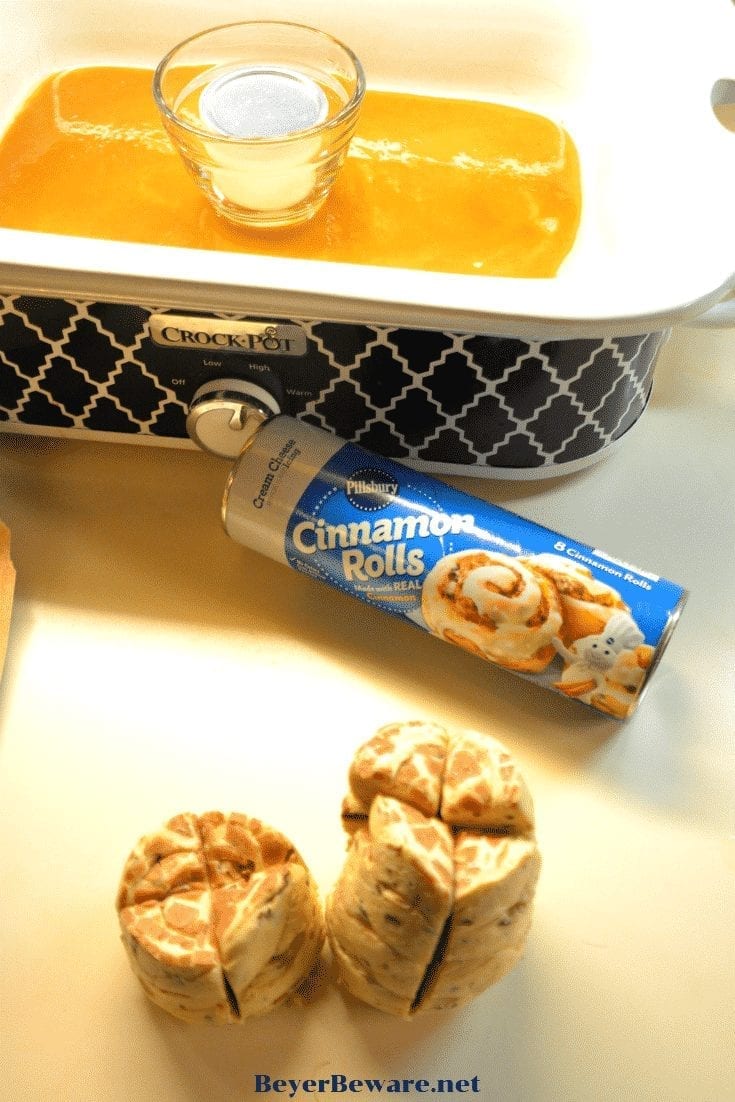 Drop the biscuits into the crock pot. They should layer the entire bottom of the casserole crock pot before doubling up the layers. Pour the remaining caramel sauce over the top of the biscuits. 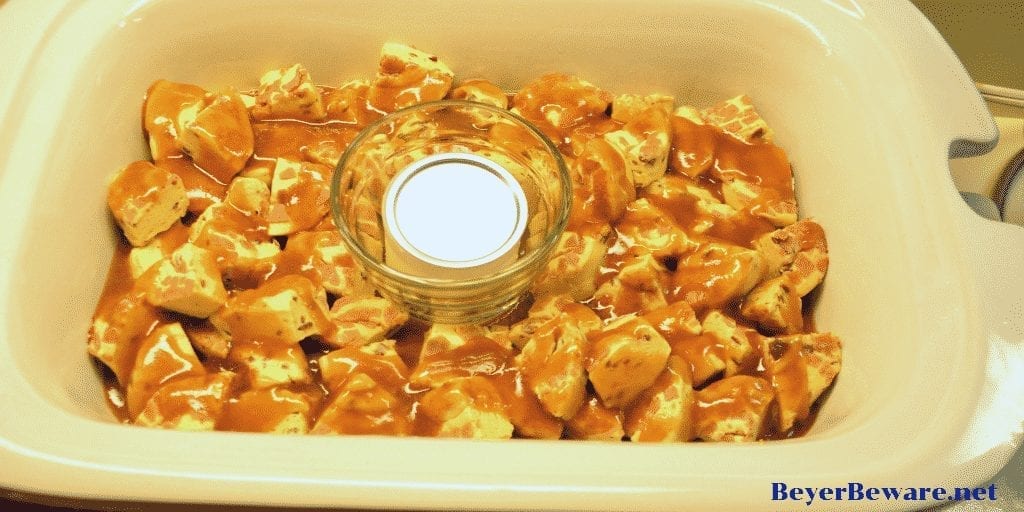 Cook on high for two hours. Then move the crock pot to low to keep warm until ready to serve. Pour the icing over the top of the monkey bread right before serving. 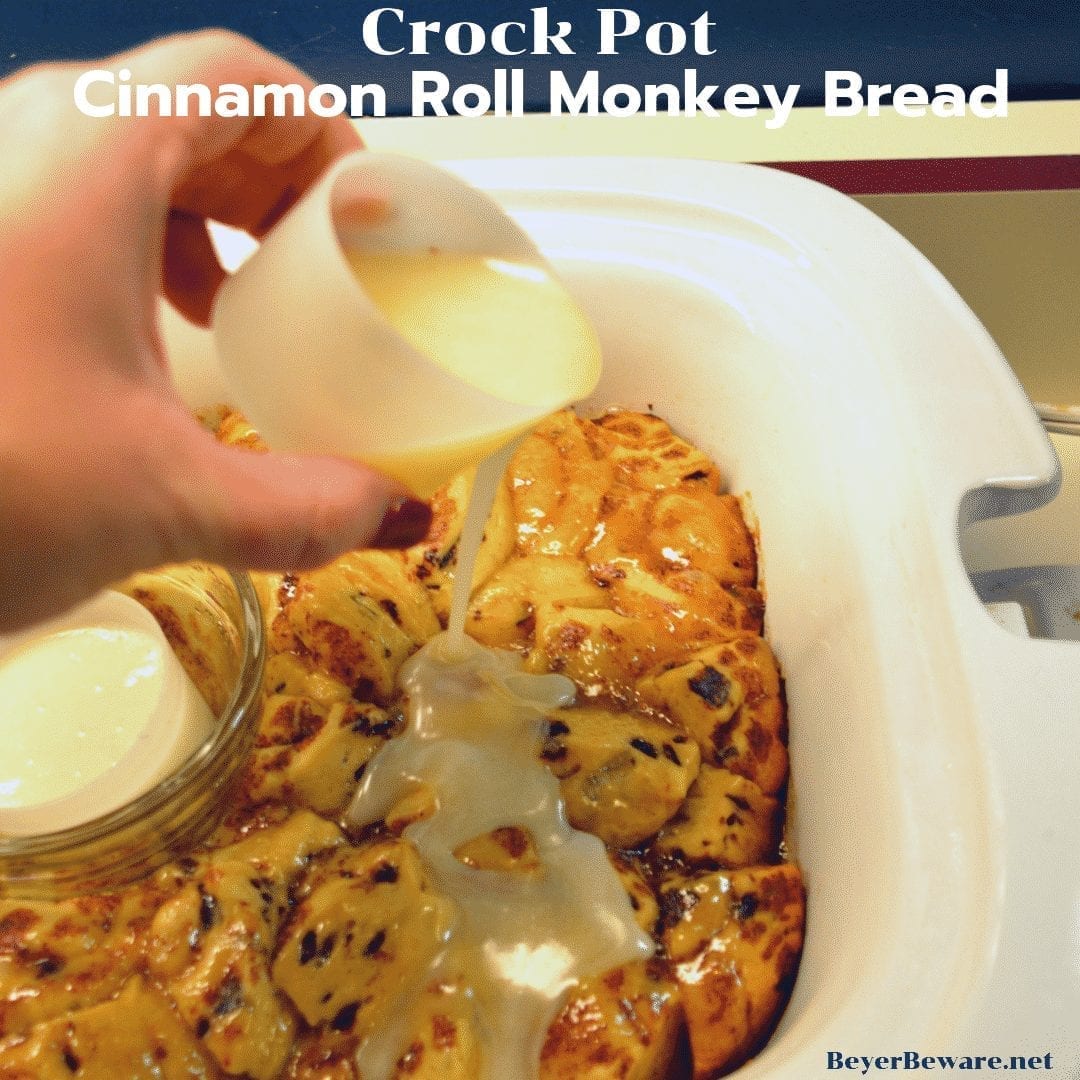 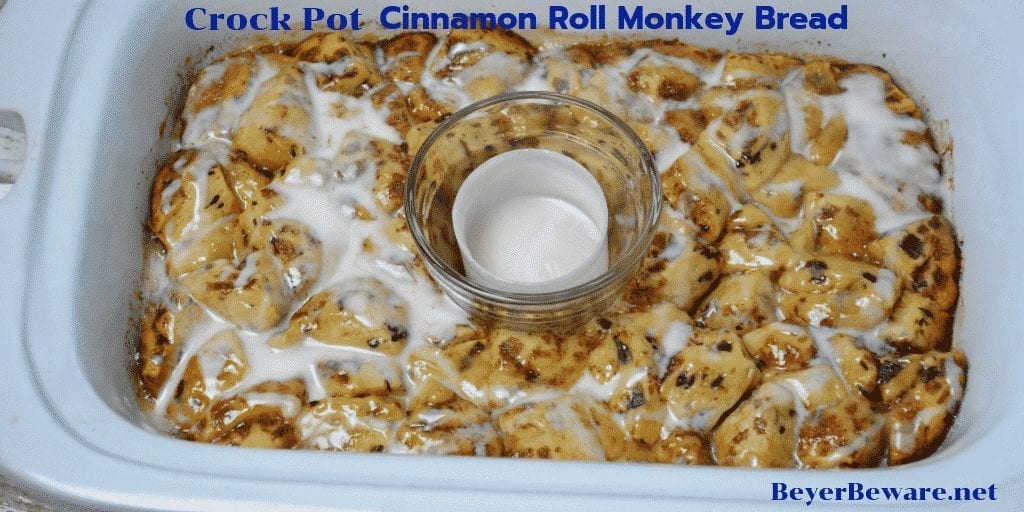 The fork fulls of Crock Pot Cinnamon Roll Monkey Bread is just as amazing as they look. To. Die. For. Good. 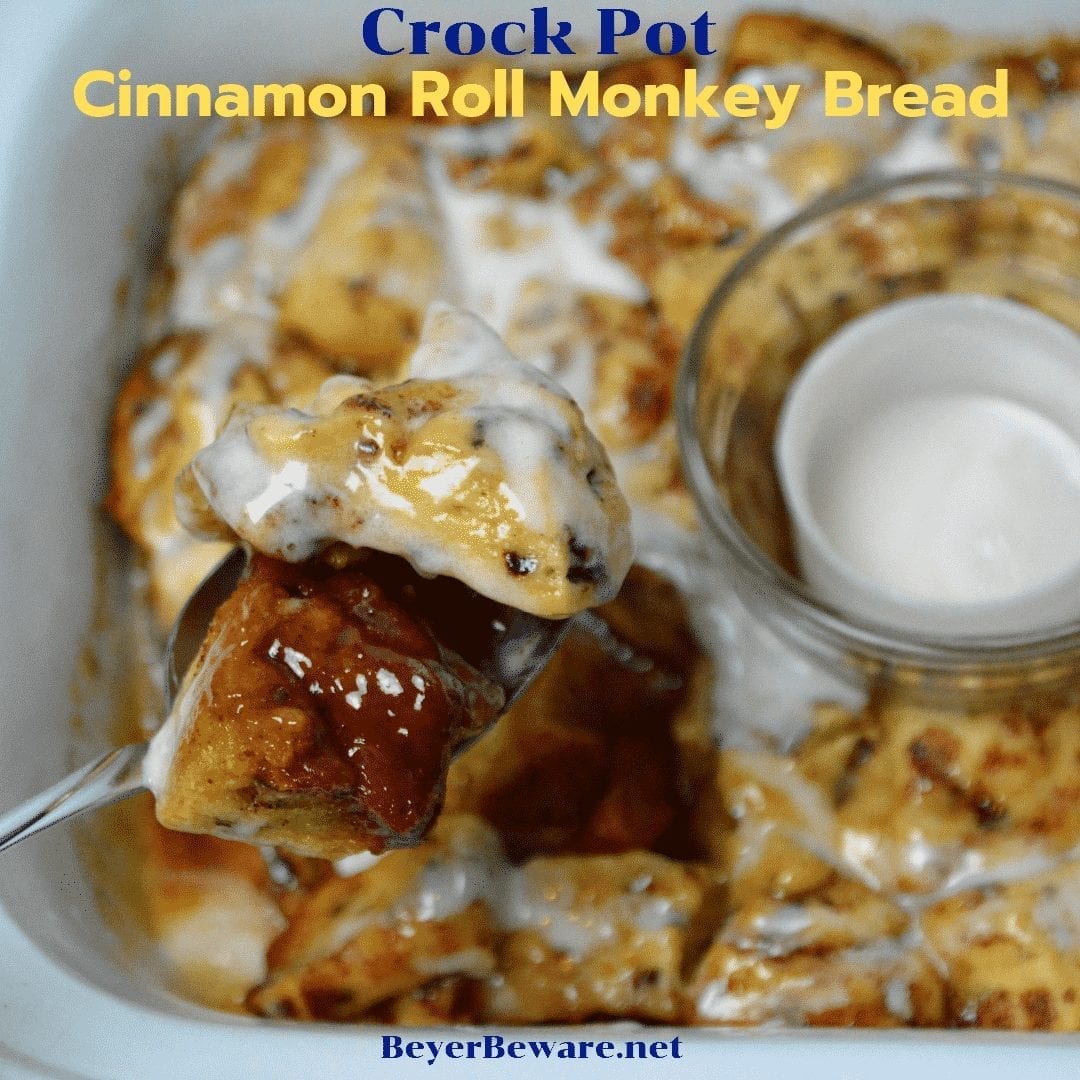 This, my friends, combines cinnamon rolls and monkey bread to create the most amazing warm bread breakfast casserole. 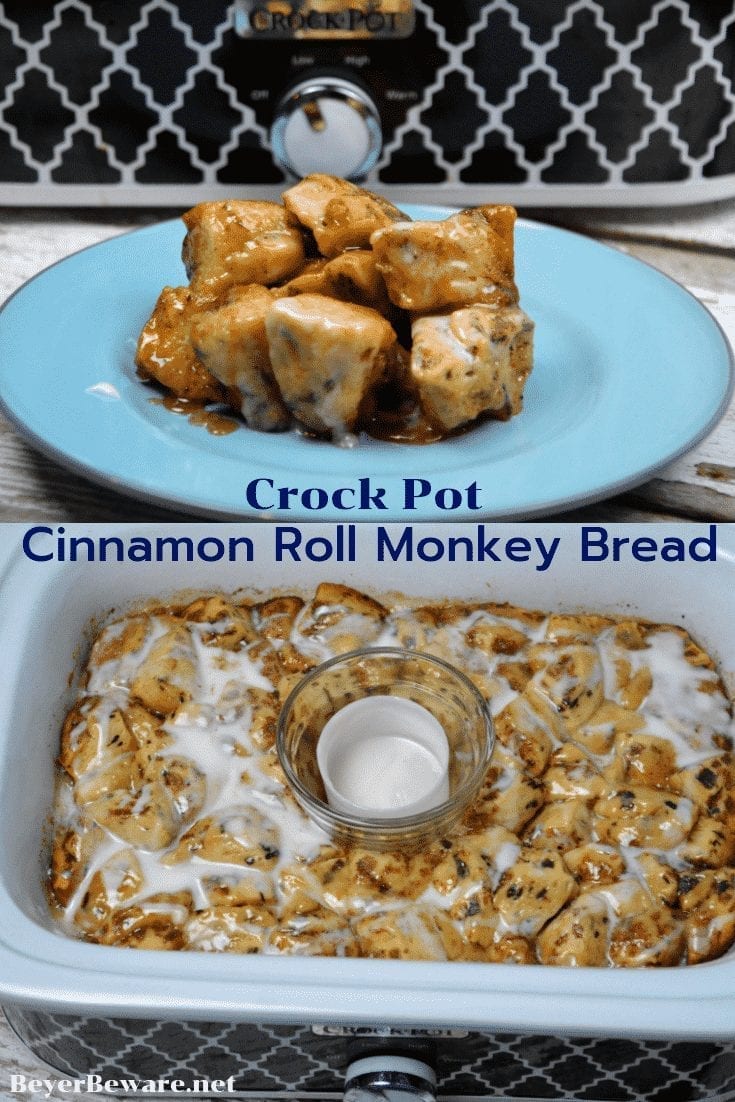 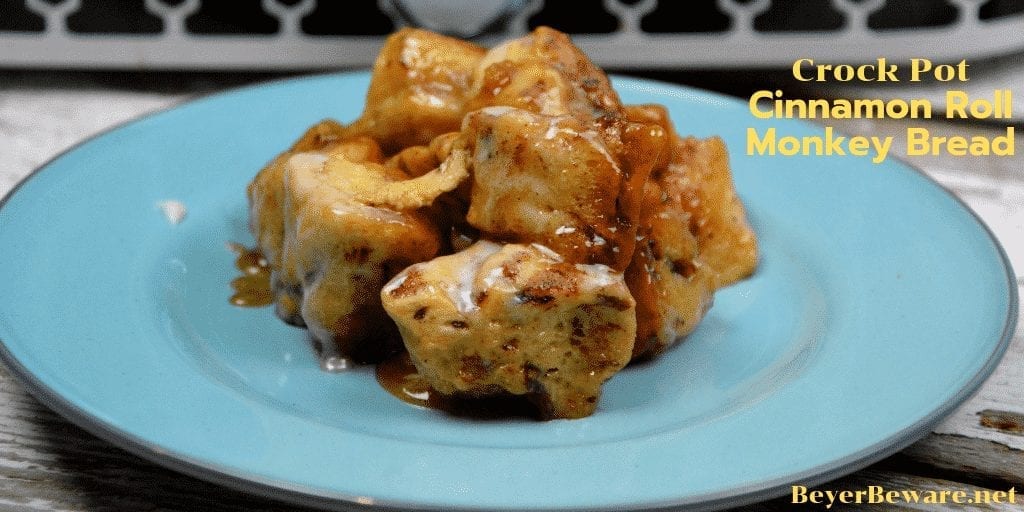 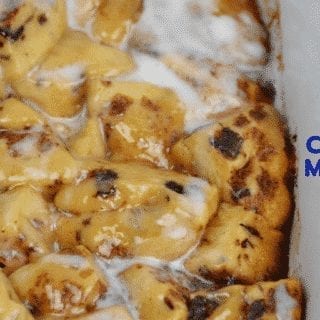 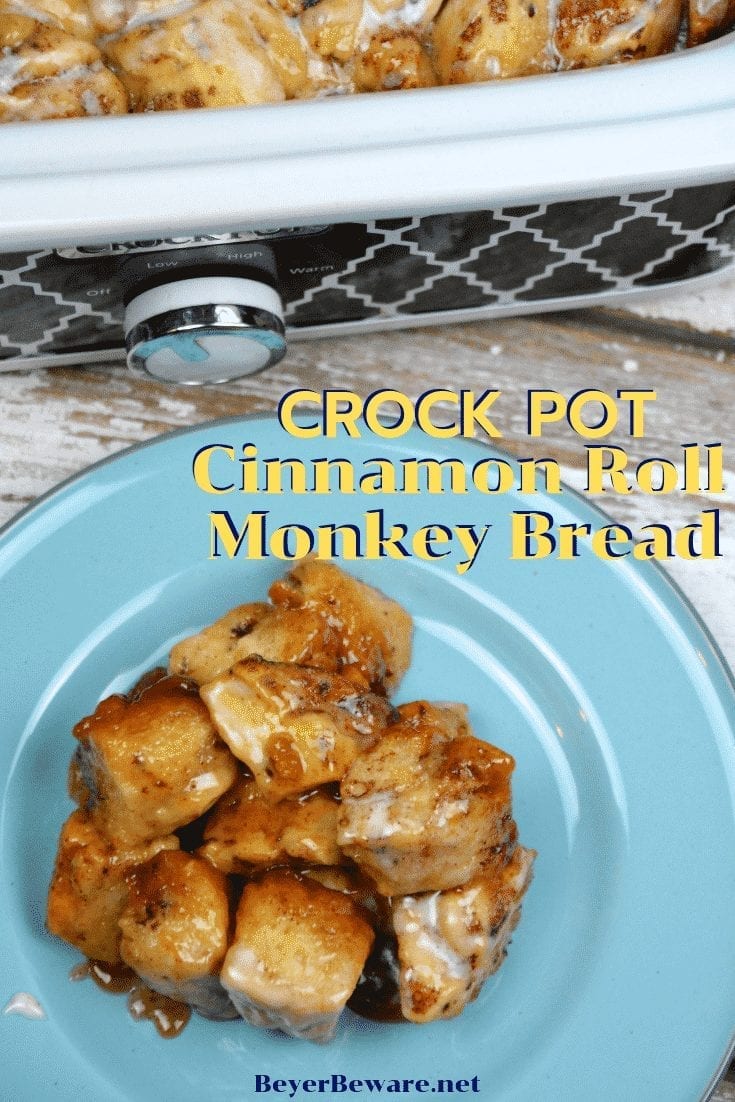