3 shares
Disclosure: *This post may include amazon links. As an Amazon Associate, I earn from qualifying purchases.

Who is sick of turkey? Yeah, me too. So bring on the pork people. Ham and pulled pork brought together for a match made in Cuba. Or at least I assume Cuban sandwiches are eaten in Cuba. But I don't have a panini press, so I improvised and bring you Cuban quesadillas. 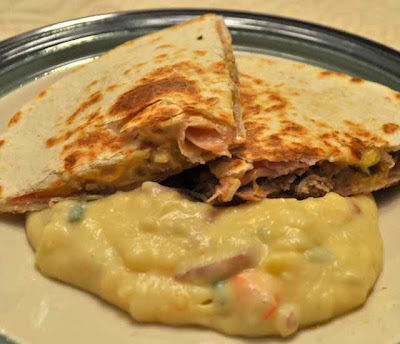 I was really just winging this. So, I made these without Swiss cheese, but was really craving a Cuban so I went for some co-jack to fill in for the Swiss. I would recommend using Swiss cheese if you want the true Cuban sandwich flavor. I also couldn't decide if I should put cheese down first or ham down first. 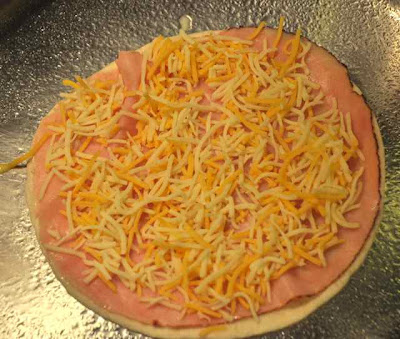 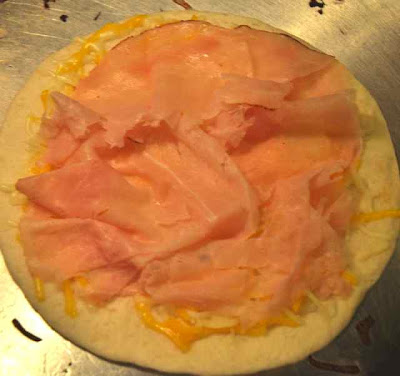 Turns out cheese down first is the way to go. So, Start by heating up your skillet and spraying with some cooking spray. Put a six-inch flour tortilla shell in the pan. Sprinkle with Swiss cheese and then put a slice or two of ham.

Then, I had heated up some previously made pork so it wasn't ice cold when I put it on top of the ham. 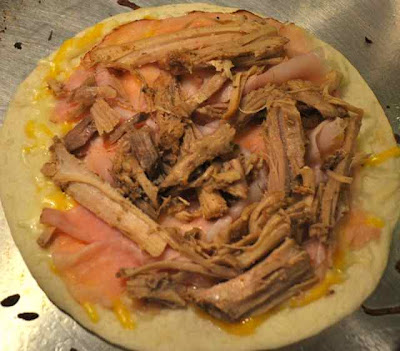 I then put some mustard and dill pickle relish on top of the shredded pork. 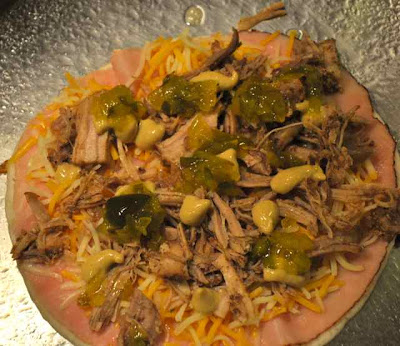 Then topped with another slice of ham and shredded cheese. 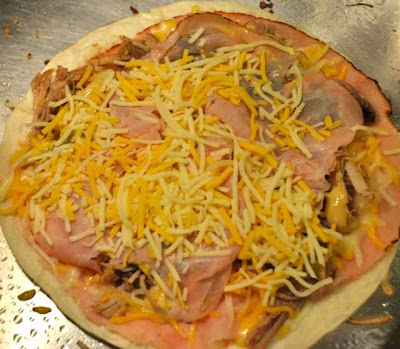 Then top with another tortilla. I let it cook for 2-3 minutes on a medium low heat and then flipped it over. Cook for another 2-3 minutes till tortilla shells are crisp. 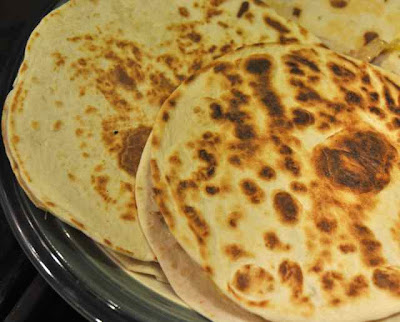 Now, I have one kid who doesn't like pickles and another that doesn't like mustard. Or at least so they think. So, feel free to leave off any of the mustard or pickles for picky eaters. The cheese with ham and pulled pork could also be very good, just not Cuban good:)

What do you have cooking post turkey hangover? I bet a few you of you have some great leftover recipes. Looking for some other recipes to use leftover ham you might have had for Thanksgiving? Check these recipes out!

Follow Me
Latest posts by Leah (see all)
« Hunk of Meat Monday: What to do with Thanksgiving leftovers?
How to get great family photos »